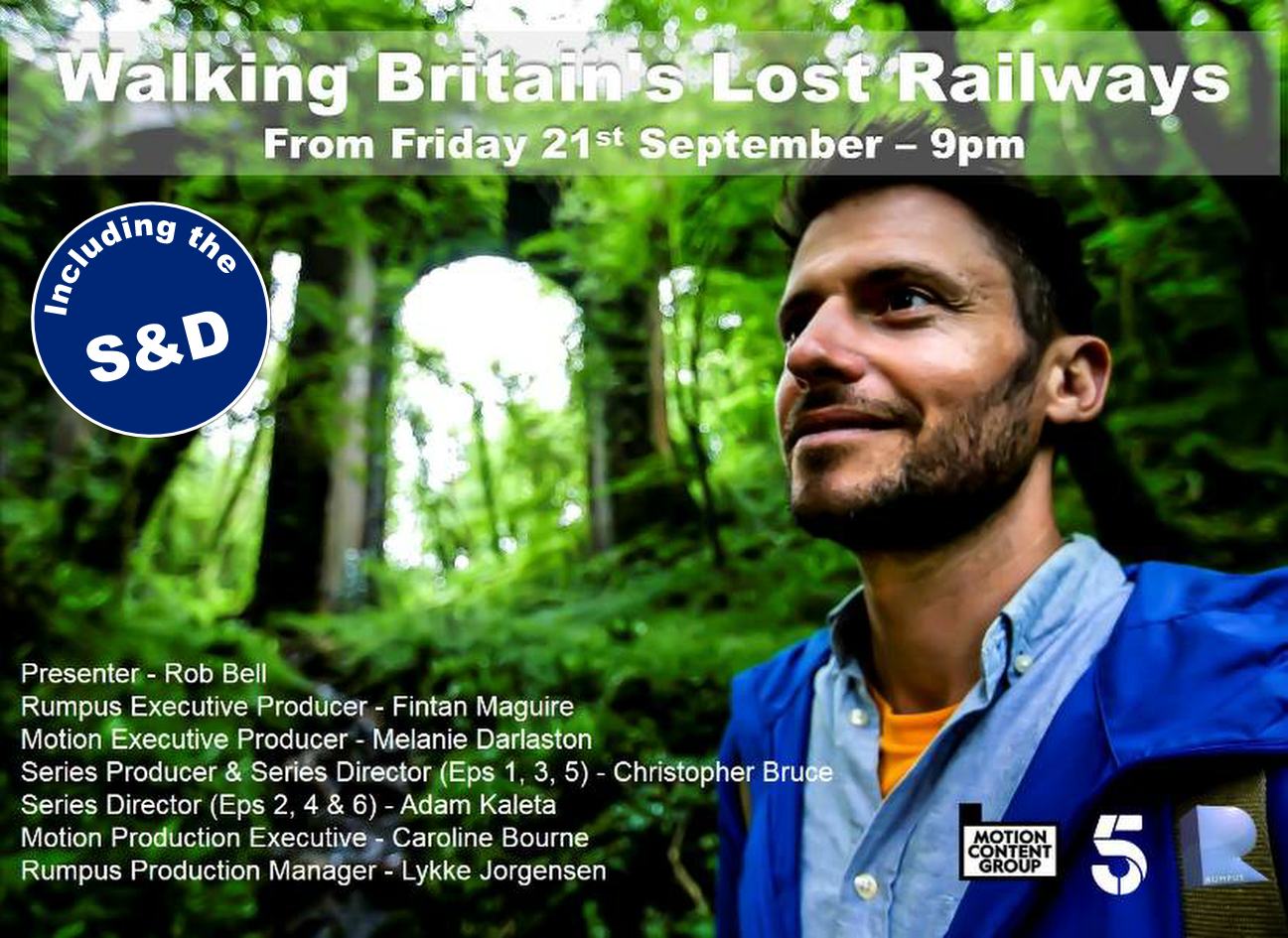 Starting on Friday 21 September at 9 pm and running for six episodes is a new series on Channel 5 called 'Walking Britain's Lost Railways'.

The fifth programme covers the S&D and includes an interview with Percy Parsons who started his railway career on the S&D in 1937.