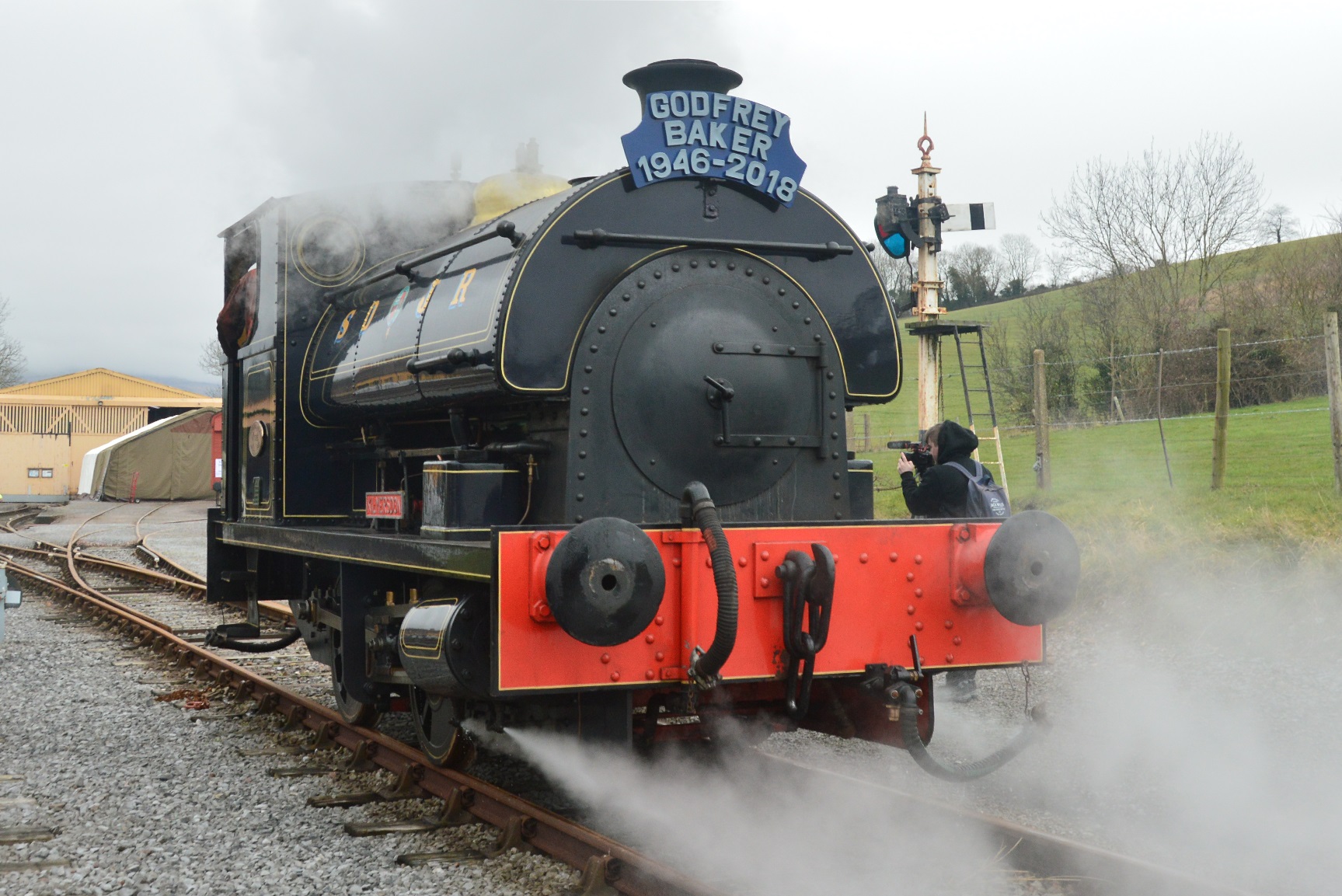 The Trust's Peckett 'Kilmersdon' is shortly to depart for Cornwall in order to spend the summer – and well beyond – on the Helston Railway, returning to Washford early next year.

It is expected that Kilmersdon will first appear during the Helston's 'Return to the 40s' event on 27/28 May and this will be an historic occasion, being the first time that steam passenger trains have run on the Helston branch in over 55 years.

The Helston Railway is currently compiling a calendar of dates during which Kilmersdon will be in use. They themselves have a Peckett – named 'William Murdoch' – which is out of service for boiler repairs, however, it is hoped that both Pecketts will be able to run together later in the year.

In the photo above, Kilmersdon is seen at Washford carrying a headboard commemorating our former Chairman, Godfrey Baker, who passed away in early March.