Information panels about the S&D line have been springing up in various locations recently… with a little help from the S&DRT.

In March, two panels were installed in Blandford as part of the Trust's S&D50 project, one of which is at the start of the North Dorset Trailway leading to Stourpaine, Shillingstone and Sturminster Newton.

A panel in Burnham-on-Sea was installed in the same month; John Strickland was the main driving force behind this panel, another product of S&D50.

Meanwhile, the Shoscombe Local History Group arranged for information boards at Shoscombe and Foxcote which were unveiled in May by Councillor Neil Butters. The Trust provided some initial advice for these.

Further to this, the Two Tunnels Group and the S&D Footplate Association will be installing several boards in the Bath area soon, including at the Devonshire and Combe Down Tunnels. Of special note, a board will be unveiled at Midford on 29th July by the former stationmaster – watch out for a further announcement on this! 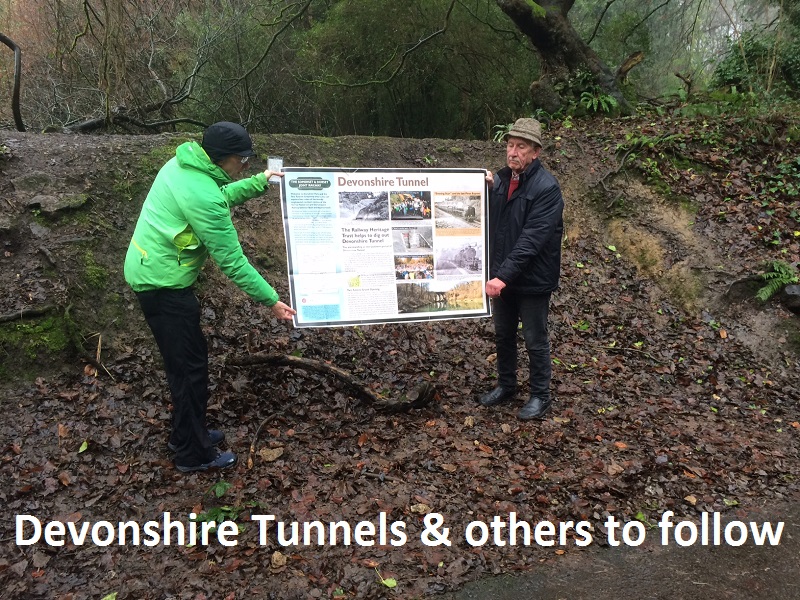