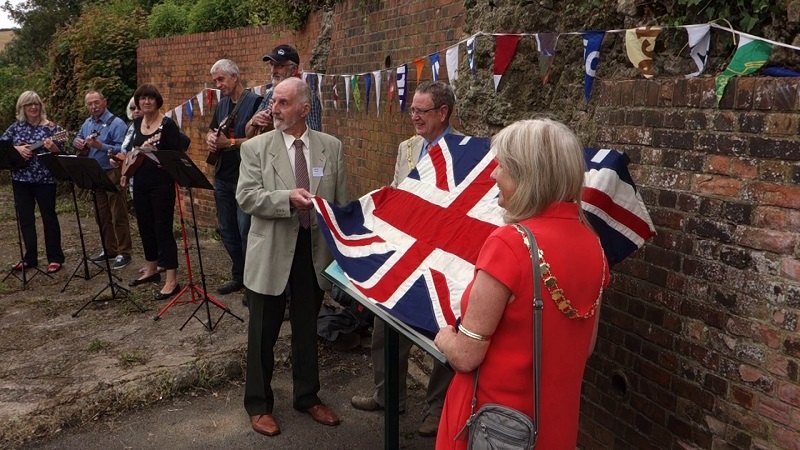 The Midford information panel event on Saturday 29th July was attended by both the Chair of Bath & North East Somerset Council, Cllr Cherry Beath, and the Right Worshipful the Mayor of Bath, Cllr Ian Gilchrist, as well as many former S&D firemen and drivers.

Keith was the stationmaster for both Midford and Wellow and arrived at Midford in 1961, not long after the line reopened following the partial embankment collapse that had occurred just to the north of the station.

He had responsibility for three signalmen at Midford and two signalmen plus a porter at Wellow. There was also a permanent way gang at Midford whose equipment was kept in sheds on the Wellow side of Midford signalbox and Keith gave them their pay.

After the ceremony, guests enjoyed a good buffet at the adjacent Hope & Anchor pub. The event was organised by the Two Tunnels Group and the S&D Footplate Association.

Click on the photo above for a video of the event.