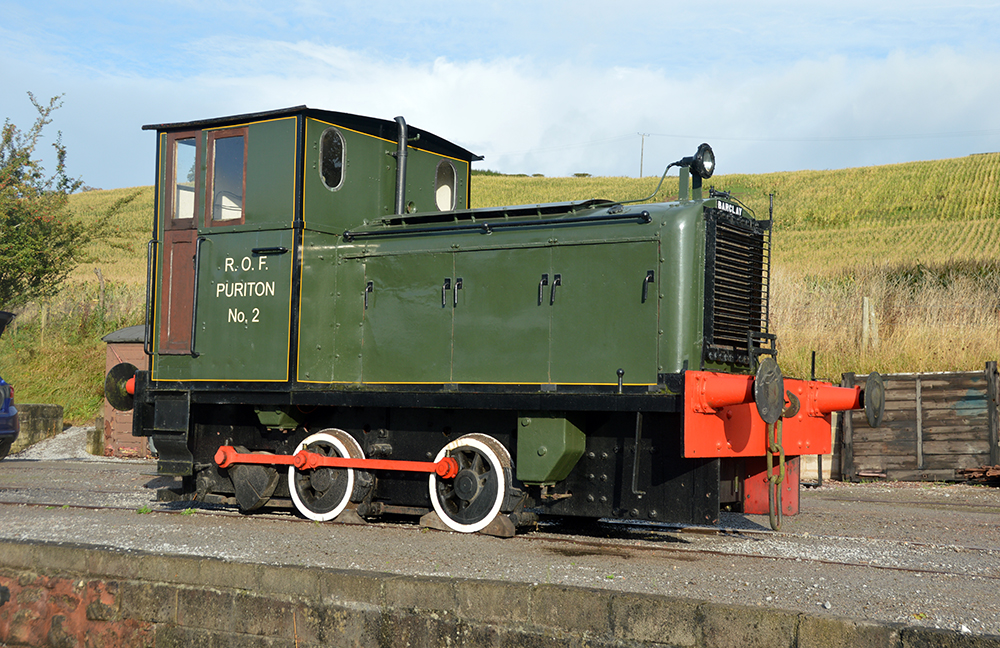 Recently arrived at Washford is this diesel shunter, Andrew Barclay No. 349, built in 1941. It was generously donated to us by Damien Stabler of Suffolk and had been based on the Colne Valley Railway.

The shunter is in working order which will make it much easier to move stock around the Washford site; in doing so, creating additional visitor interest.

No. 349 was one of a batch of five and was delivered to the Royal Ordnance Factory at Puriton near Bridgwater in 1941. It was used during the war for moving raw materials and finished exposives for use in munitions. After the war, it went to Abelson & Co. (Engineers) of Sheldon, Birmingham (a manufacturer of cranes, dumpers, etc) and then to the Haunchwood Brick & Tile Co. in Warwickshire prior to preservation in the 1980s. There are only two of this type of locomotive known to have survived and this one is the most complete.

Mr Stabler had ownership of the loco for 13 years but was struggling to find the time to spend on it – so we were more than happy to offer it a new home.