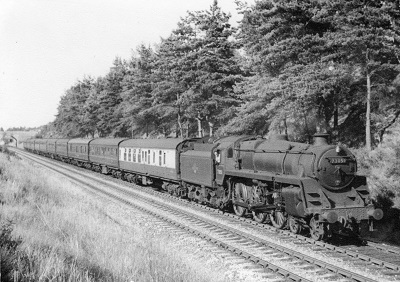 The 00 Wishlist Poll runs from 14 October to 2 November at: www.rmweb.co.uk

Brian Macdermott writes “The Poll provides railway modellers and collectors with an easy and informed way of indicating to makers and commissioners of 00 ready-to-run models which models they would realistically buy if made at some time in the future from all-new tooling (excluding models since 1 January 2005).

Voting covers steam, diesel and electric locos; DMUs; EMUs; passenger and non-passenger-carrying coaching stock; freight and departmental stock. The Industrial and Underground categories have gone, enabling many new items of ‘core content’. Pollsters can now make suggestions for re-makes of some items made since 2005.

The Poll has an accompanying Guide which is particularly useful for checking such as the build dates of the various BR Mk1 catering vehicles, or whether one particular diesel shunter will suit your needs better than others.”

A new locomotive category you can vote for this year is BR Class 5 locomotives with Walschaerts valve gear, such as No. 73051 pictured above near Broadstone with a Bradford to Bournemouth West service in July 1959. [Photo by M K Lewis/S&DRT collection].

An advertising poster is available to help you spread the word about the poll.

The Poll Team email is: thepollteam[@]gmail.com (Please delete the square brackets in the address which are added to deter automated emails).