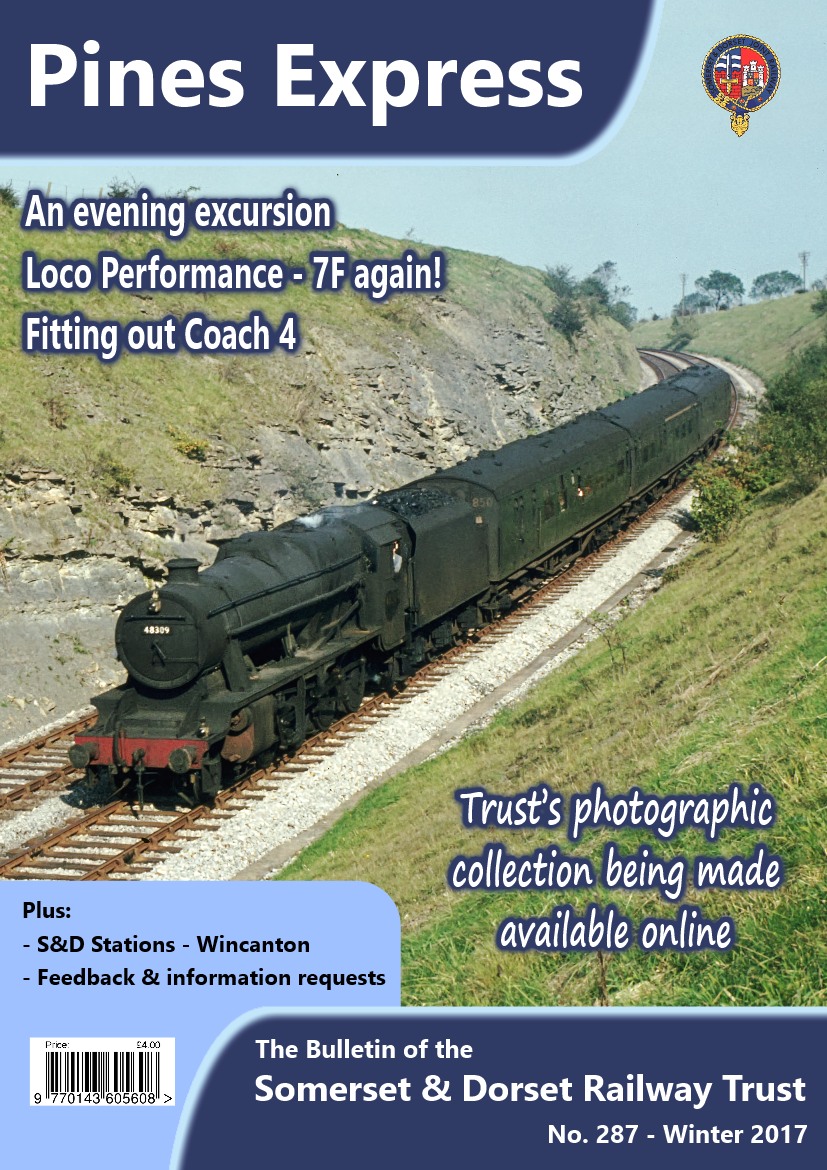 The Winter issue of our magazine has 40 pages – including sales supplement – with plenty of great S&D reading. Make sure of your copy – and all of next year's quarterly copies – by joining us now from £14; excellent value!

– An evening excursion: Terry Stone recalls a journey from Wincanton to Bath in 1963…. returning on the last service of the day. The article is full of minor observations that add up to a fascinating read.

​- Locomotive performance – those 7Fs again! Tony Davies follows up on Ted Goater's article in the previous issue about 53808 & 53809 working over the Mendips.

​- Coach 4 – an original S&D carriage from 1886 which spent 50 years after withdrawal as a cricket pavilion – is now fully restored and here, Ted Lambe shows how vintage luggage racks can be constructed, using a procedure which could be applied to other restorations.

​- Update on the Trust's replica 'Midford' signalbox: including a picture of all the instruments and their operational status.

​- Jane Riley's paintings – Ivo Peters' photos from Bath Green Park that Jane has not only painted but colourised as well.

​- More lively than its neighbours! Fitting in well with Terry Stone's excursion article, David Grimwood looks at Wincanton in this, part 11 of his S&D stations series.

​- Six pages of news: Trust news, plus the latest from Midsomer Norton, Shillingstone and Spetisbury.

​- Engineering works at Washford: Steam heating for our Peckett.

​- Rear cover photos: including a superb shot of the Trust's restored S&D 7F No.53808 at Dunster on the West Somerset Railway.