The Trust's S&D 7F was heading back from the KWVR gala, reported on earlier, when diverted to the Severn Valley Railway to replace the North Yorks. Moors Railway's B1, No. 61264, which was unavailable late on.

53808 arrived at Kidderminster at 11.30 am on Thursday 15th March, the day before the gala started. After a quick checkover, the 7F was towed to Bridgnorth where steam was raised sufficient to haul the second train of the B1's diagram on the Friday.

The first three photos show 53808 on the 11.00 am from Bridgnorth on Friday whilst passing Bewdley South signalbox at about 12.20 pm. The final picture, taken two days later, shows a rather different scene, weather-wise, and 53808 also was no longer on the B1's diagram but the preceding one. [Photos by Bob Curtis] 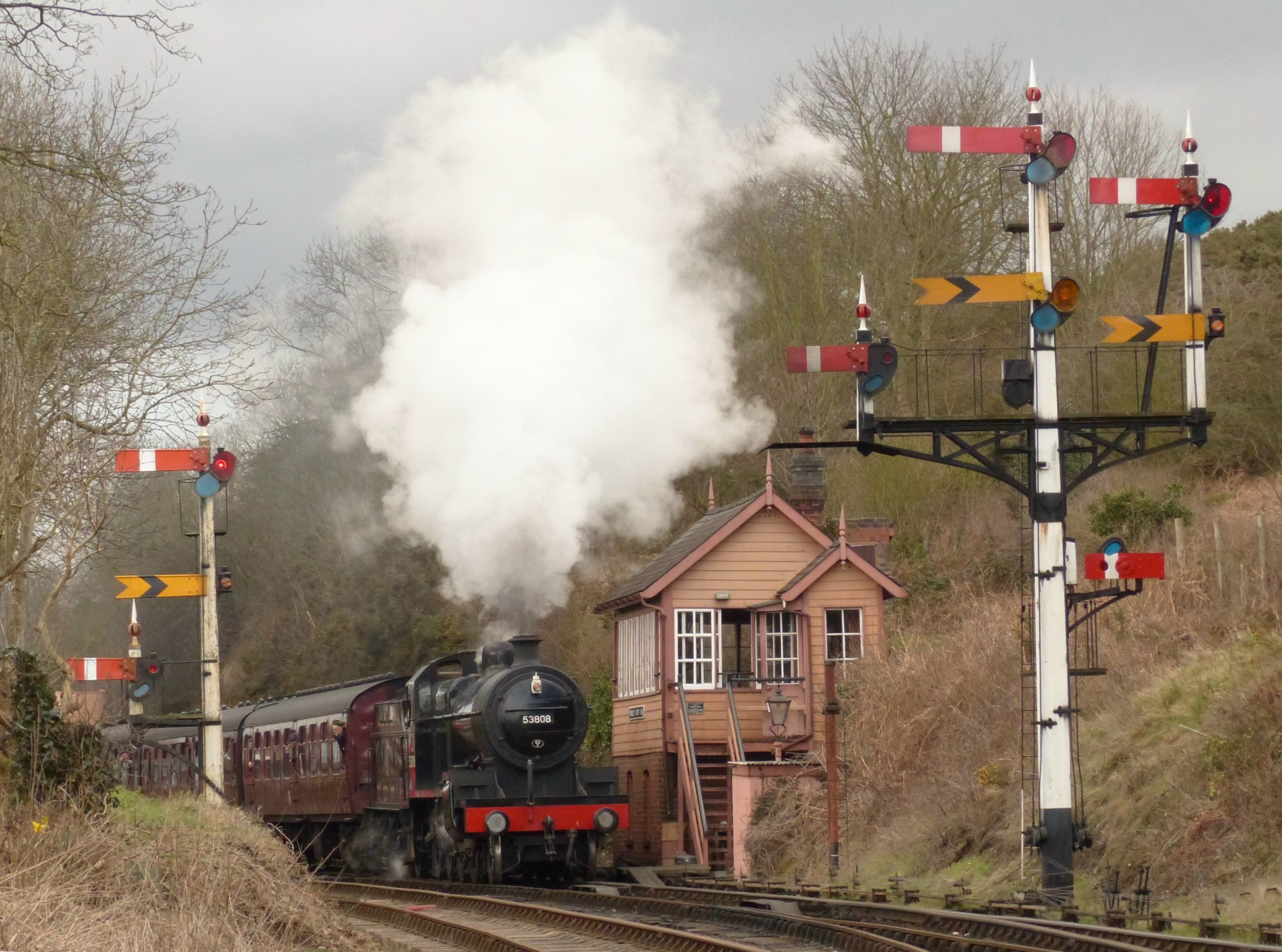 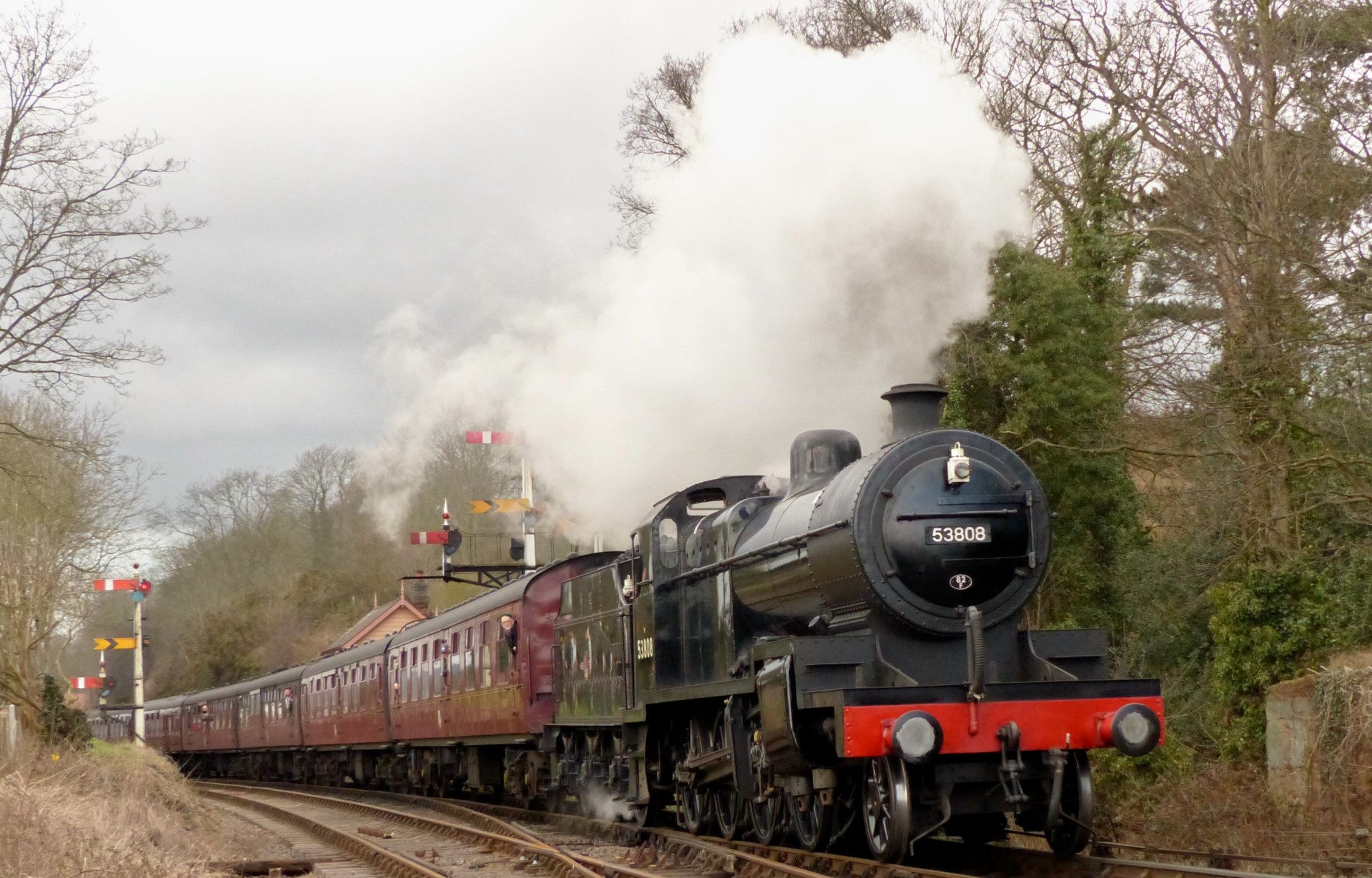 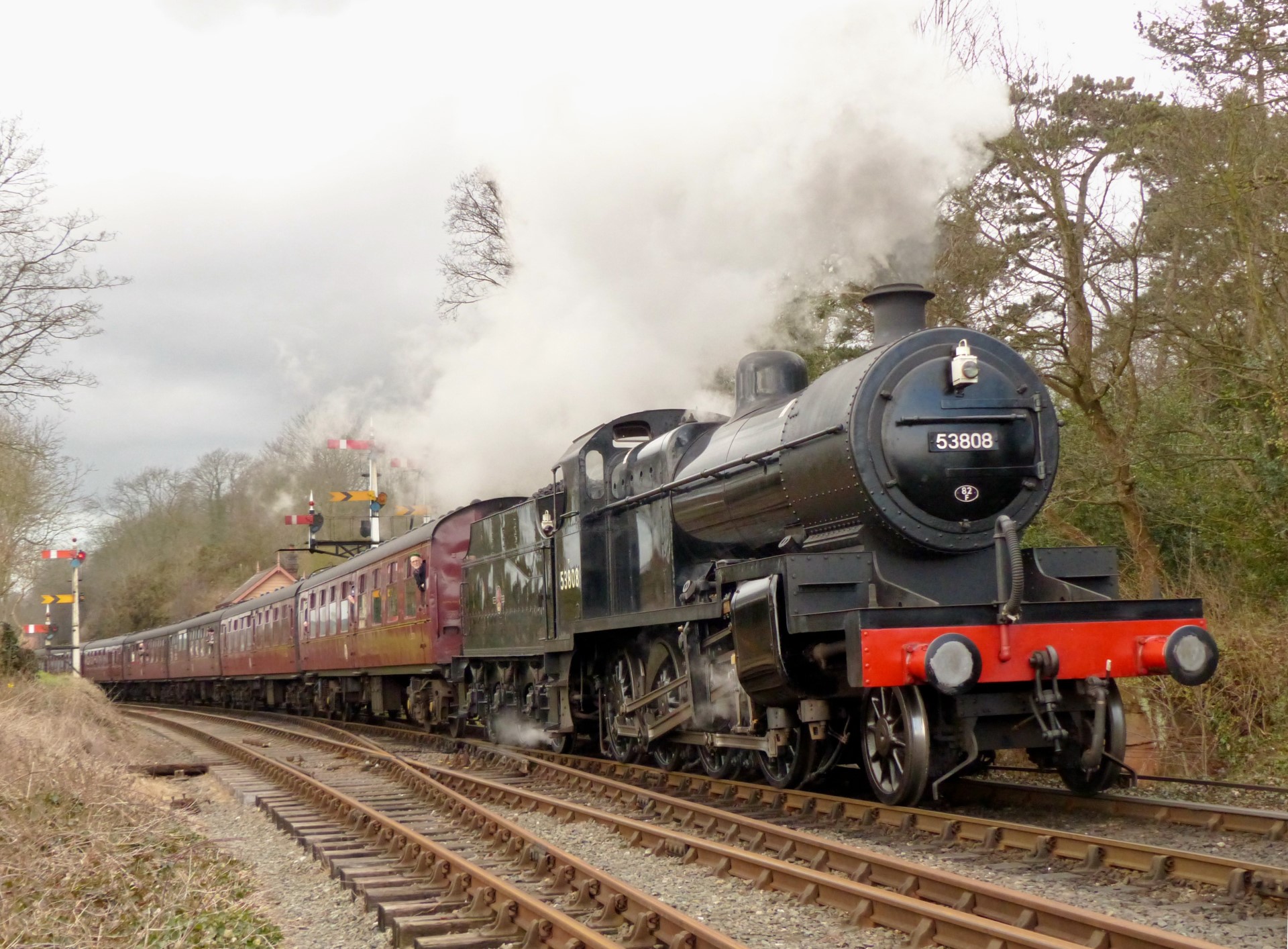 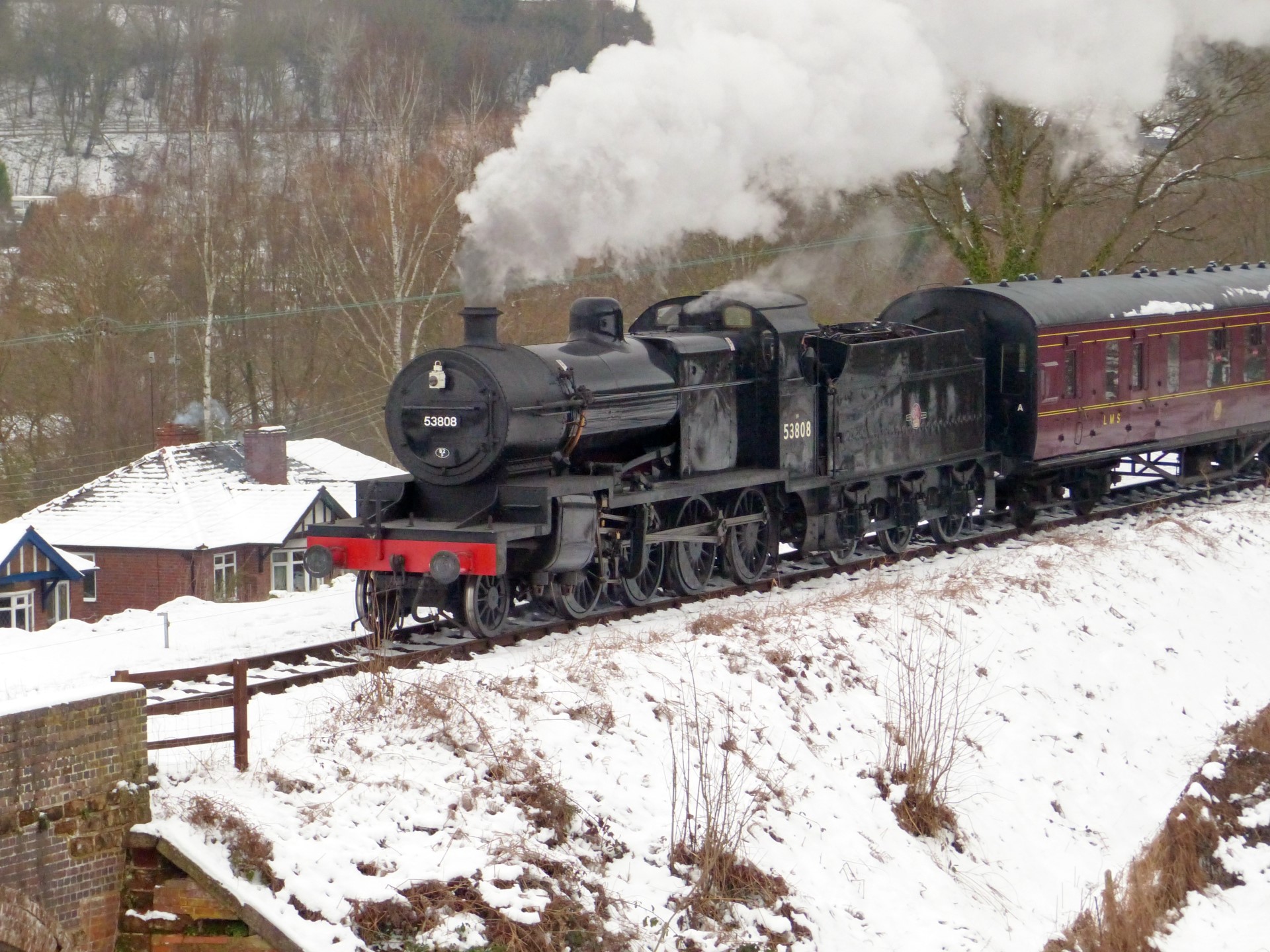