53808 has been in steam in preparation for the Watercress Line gala weekend from 16-18 October, this running providing the opportunity to bed-in the new piston rings.

Please note: the gala event is completely sold out. There are no tickets left and no access to stations during the event for people without tickets. 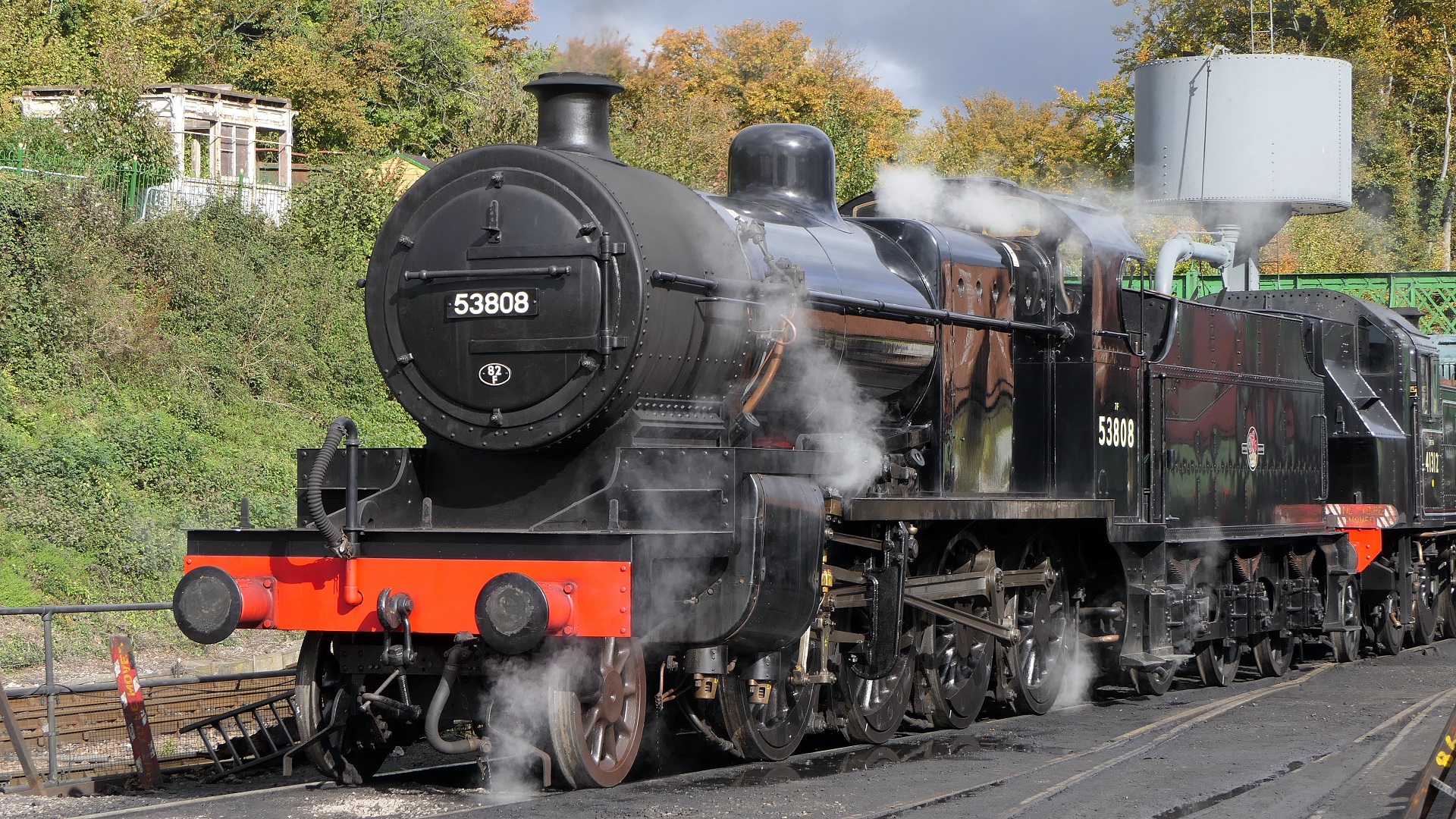 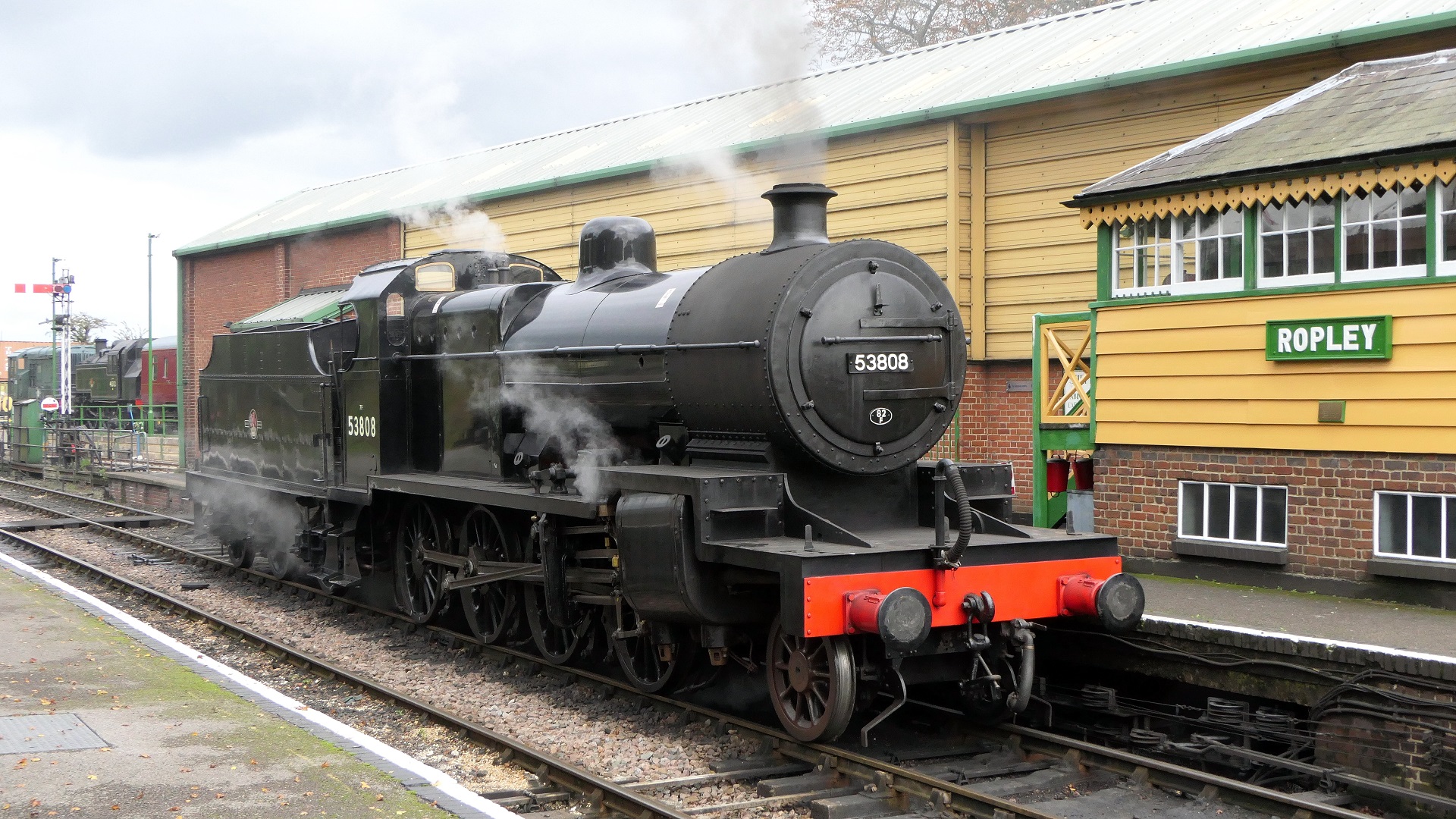 53808 beside the signalbox at Ropley. [Photo by Brian Kennedy]. 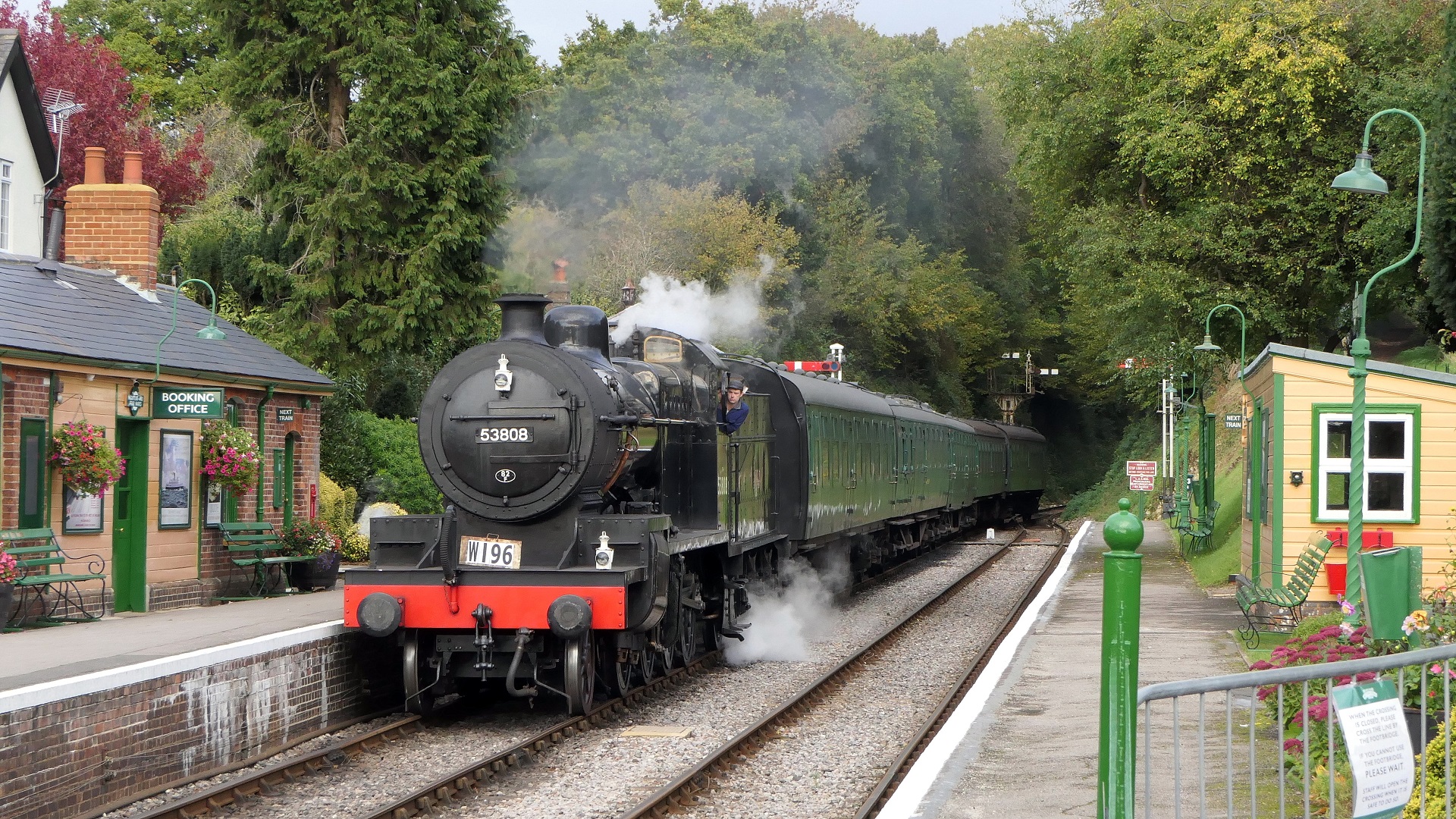 Just before 5 pm on Tuesday, 53808 came through Medstead with a string of carriages. [Photo by Brian Kennedy]. 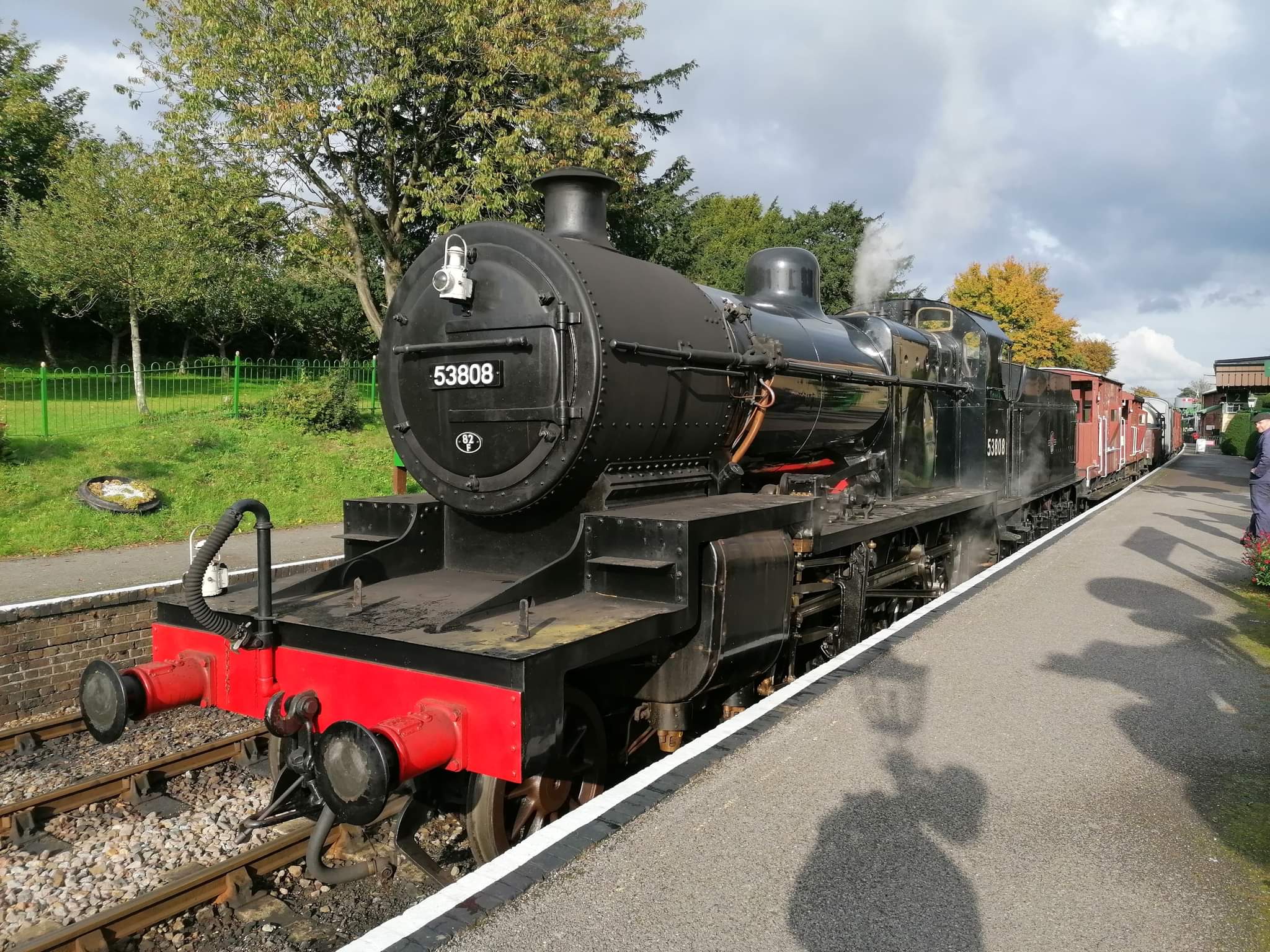 Now moving to Wednesday 14 October, here is 53808 at Ropley with a string of goods vehicles. [Photo By Richard Bentley]. 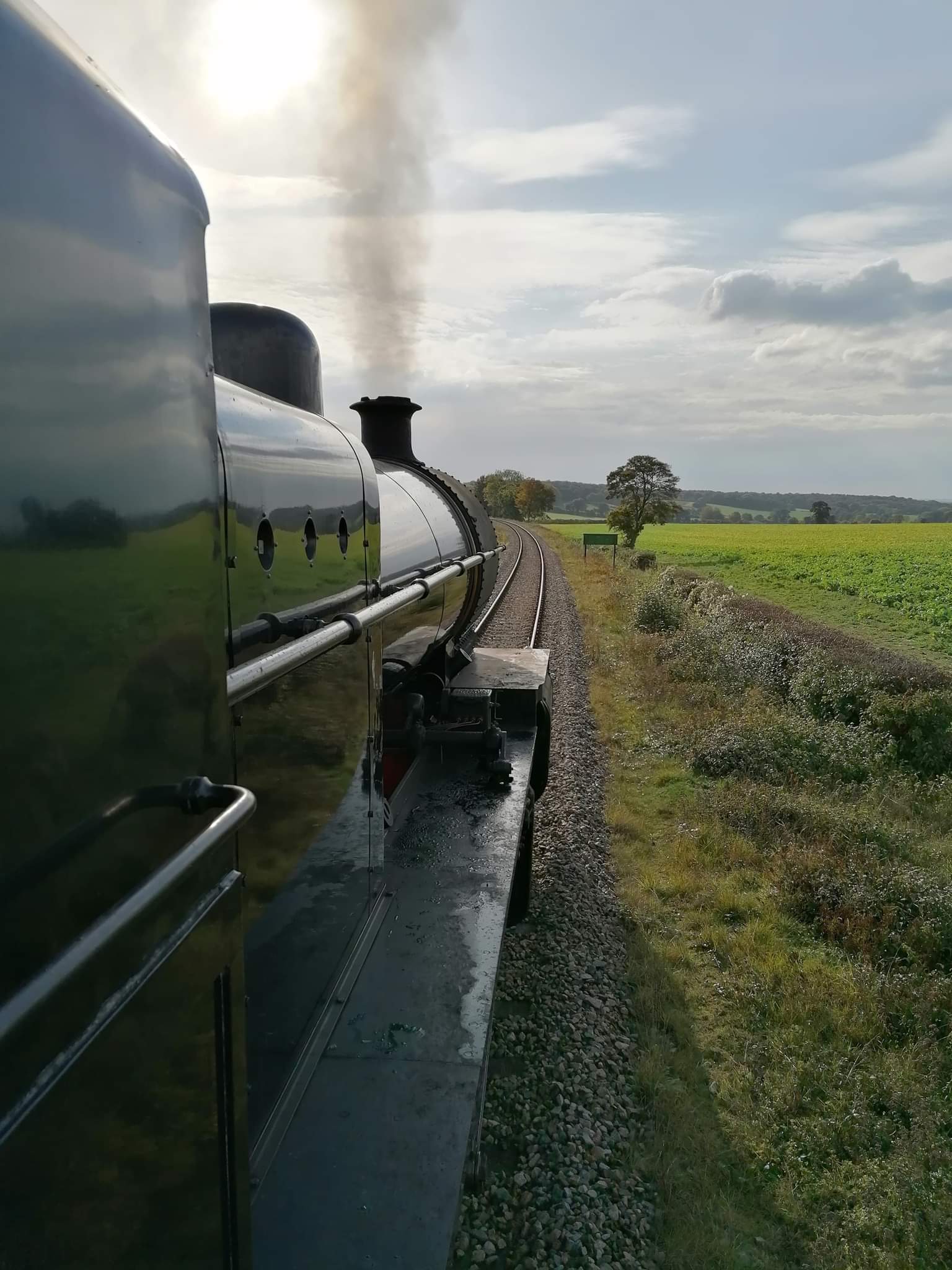 53808 runs down from Medstead to Ropley on 14 October. [Photo by Richard Bentley]. 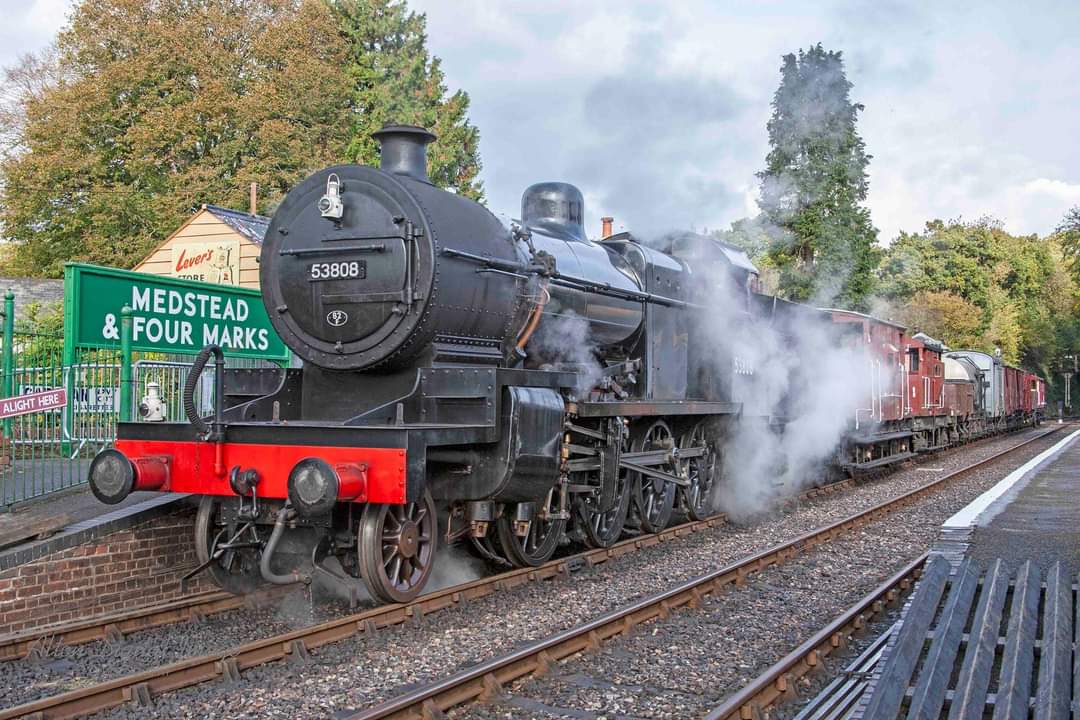