After the Trust's S&D 7F moved from the West Somerset Railway on long-term hire in August 2020, the gala was the first time in active service on the Watercress Line since 53808's last visit some years ago.

The main part of the video was taken between Ropley and Medstead followed by a short section at the foot crossing between Alresford and Ropley. We have also included some still images featuring 53808 taken by Julian Clark on Friday 16 October.

You might also be interested in the updated Kingfisher DVD about the 7Fs, available from our online shop.

Here are some images from Julian Clark taken in the sunnier weather on Friday 16 October: 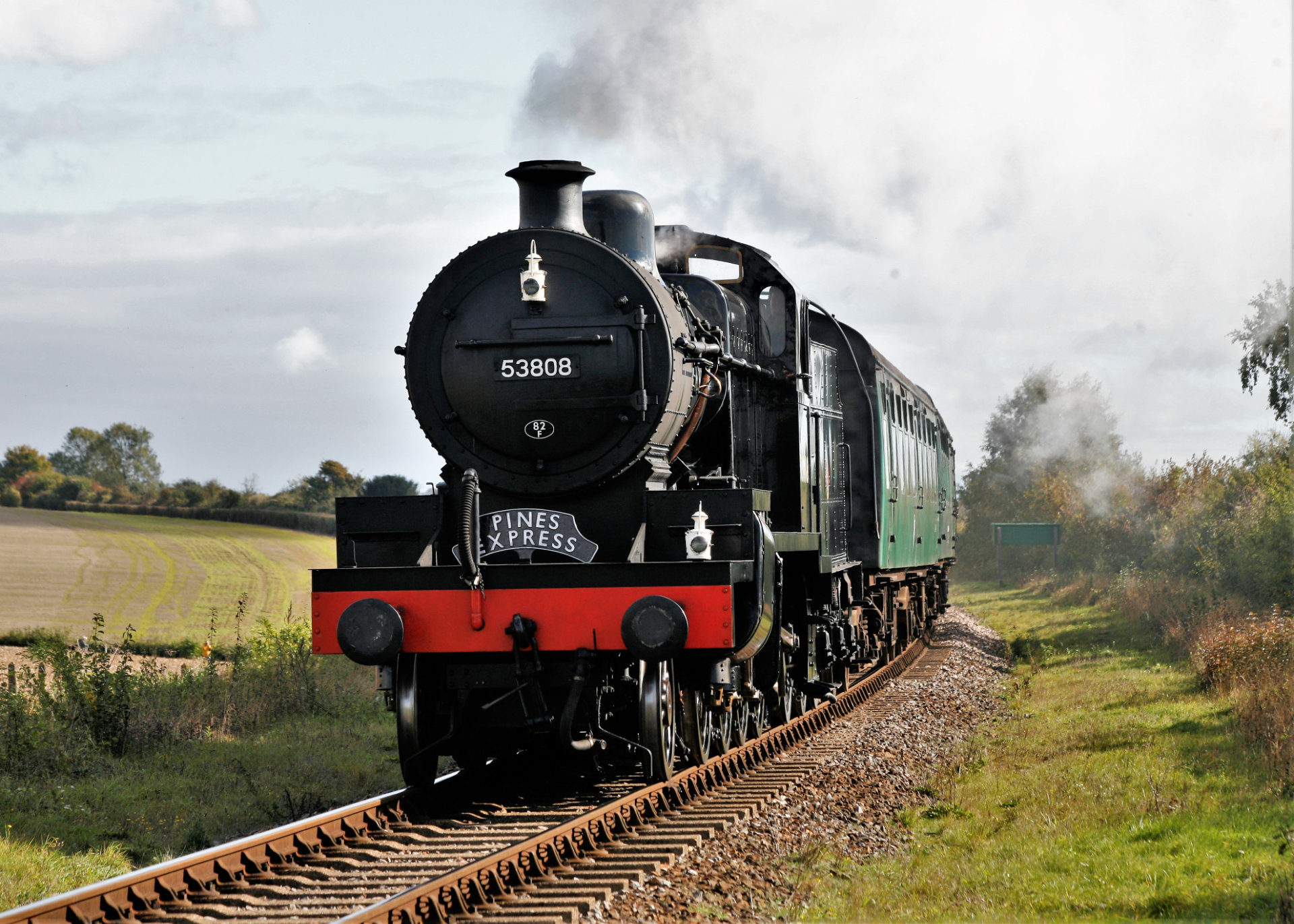 Above, shortly after leaving Ropley and about to pass over the footpath crossing on the way to Alresford. 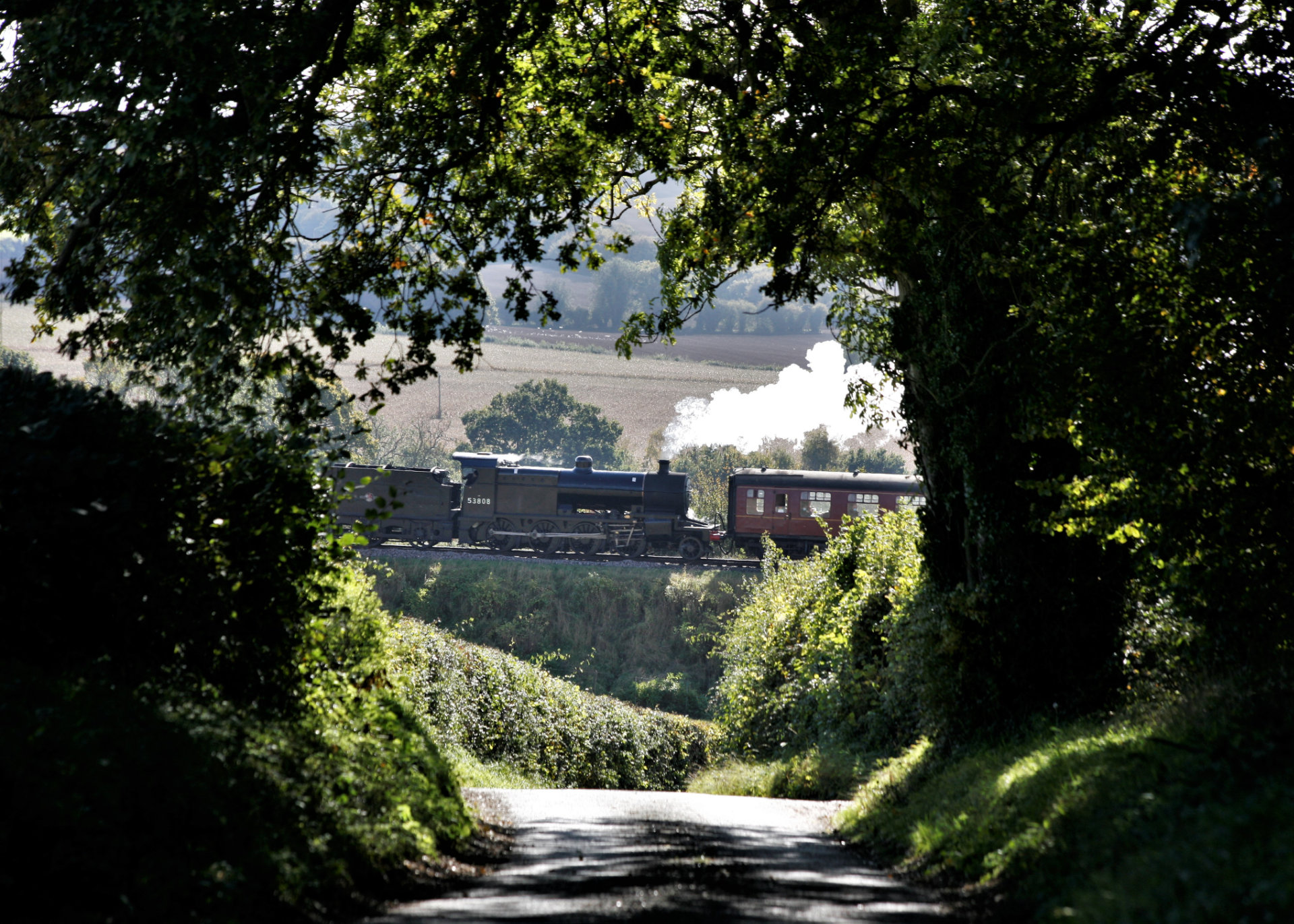 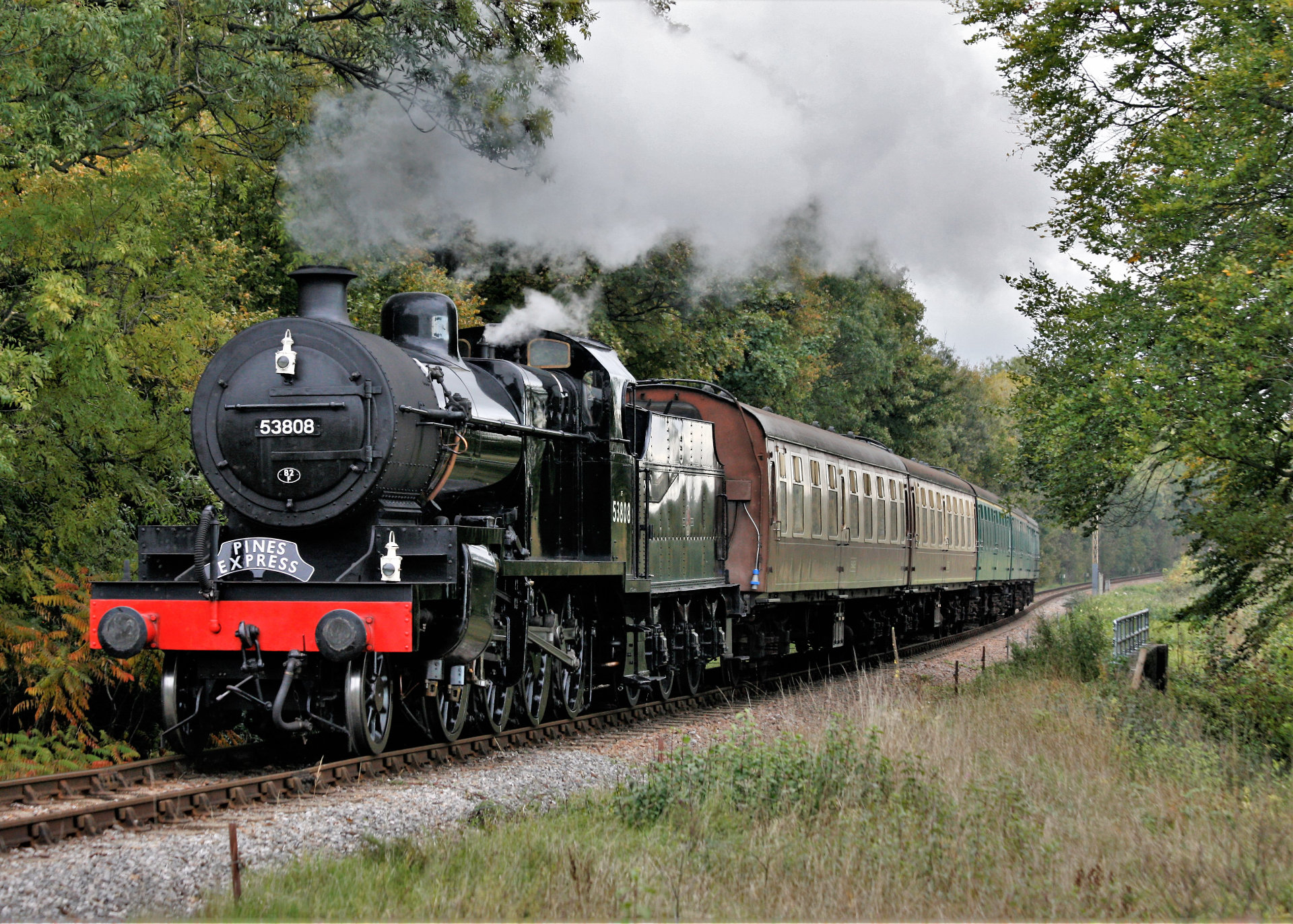 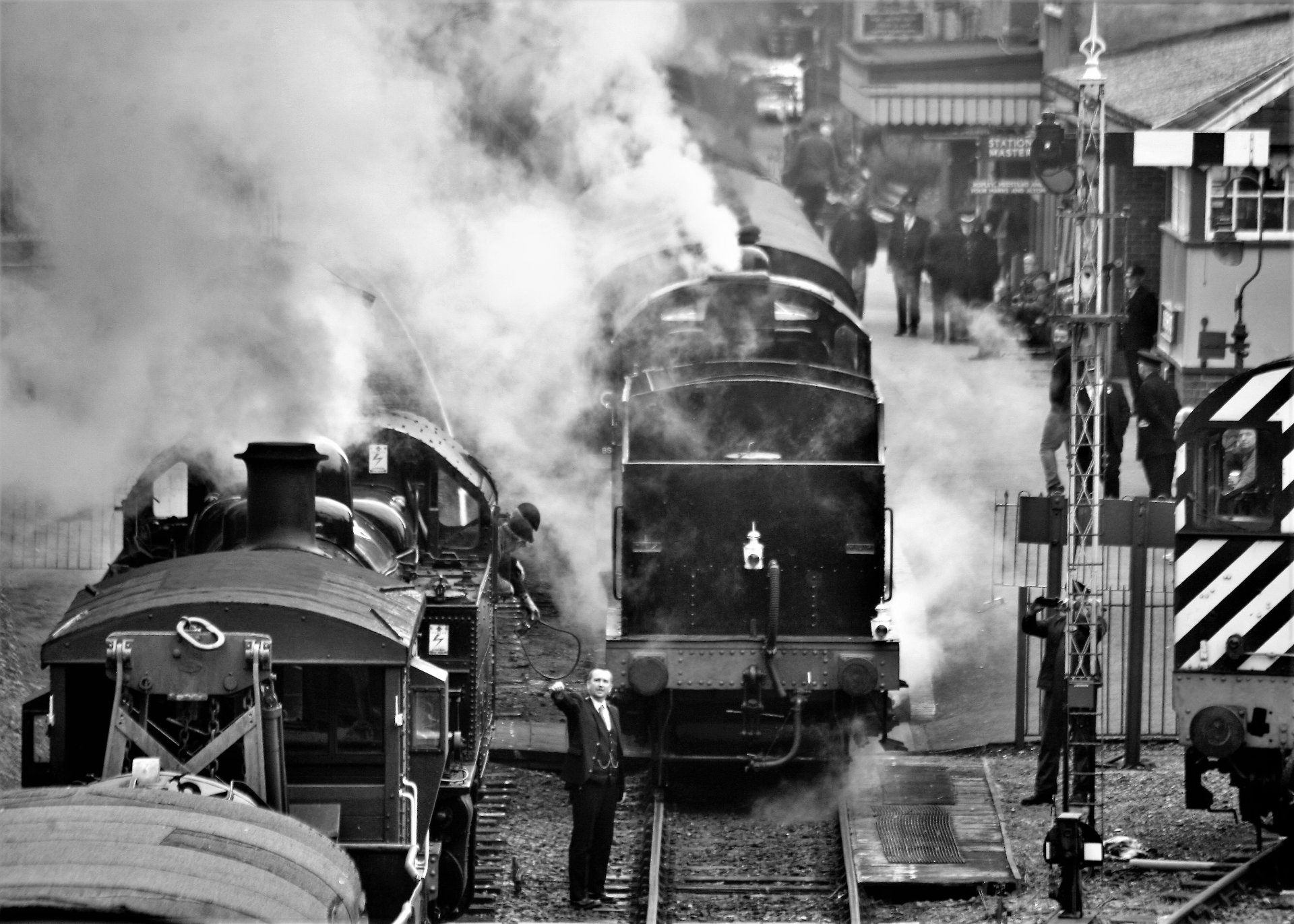 Above, 53808 waits to leave Alresford while a demonstration freight train runs in.