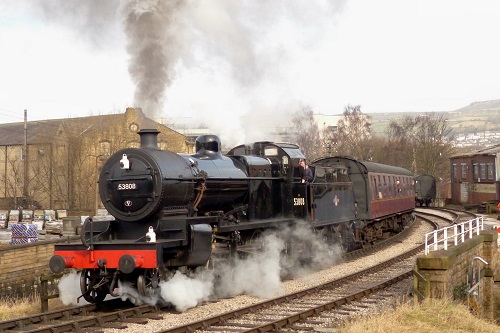 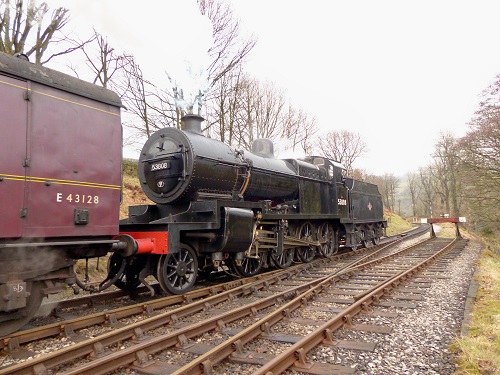 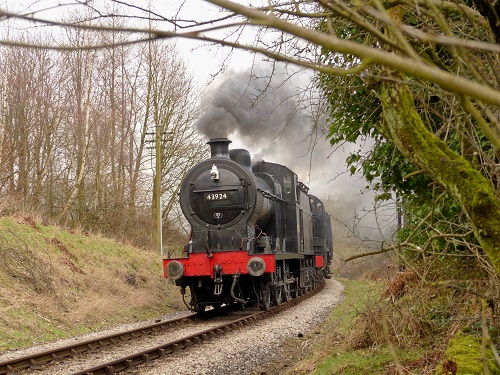 43924 heading 53808. As readers of our magazine, Pines Express will know, 43924 – the first loco to leave the Barry scrapyard for restoration – travelled as far south as Blandford in the '60s. After an anonymous photo of the loco at Blandford that had originally appeared in the KWVR magazine was included in our Winter edition, a member was immediately able to say who took the photo and when, and to supply another shot taken on the same occasion – this appears in our Spring issue due out this week. 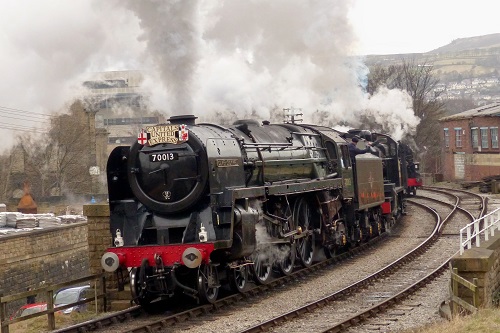 This sequence of three photos shows an interesting and unusual pairing! It's 70013 Oliver Cromwell heading 53808. 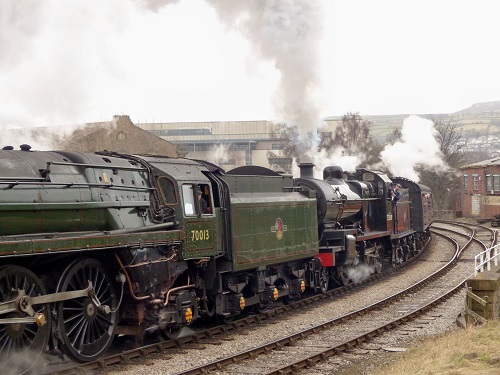 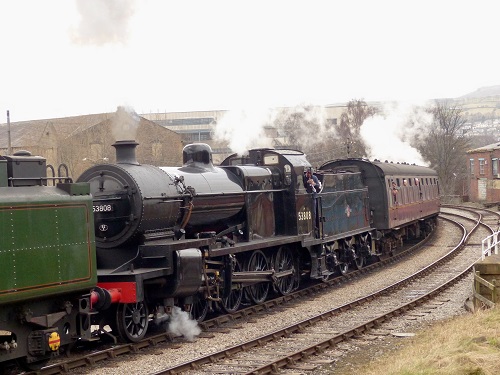