Pines Express issue 292 (spring 2019) has sold out in printed form but is available as a downloadable PDF file. Please note that members have access to all PDF copies from issue No. 1 in January 1966 free of charge.

– BR’s 1960 deliberation on S&D through traffic: Contrary to popular belief, the Western Region had no hidden agenda with the S&D and through the ’50s they pressed for Priority No.1 for funding for a major upgrade of the distinctive Twerton viaduct in Bath (completed in 1958) and in March 1960, they successfully trialled 9F locomotives with the class introduced on through services that summer as a way of avoiding highly uneconomic double-heading.

However, financial storm clouds were gathering on the horizon and by late 1960, the WR had changed their approach to aiming for closure of the S&D to passenger services by June 1962. This article tells the story of the change in direction and the extensive deliberations on how to accommodate the through traffic on other routes, based upon the content of original documents.

– Modelling an S&D 7F in 7¼” gauge: Part 4 of a series by Vic Whittaker showing the stages of construction of his working 7F model, which we later referred to as the little 53808.

– Researching S&D photographers – Owen Prosser? Who’s he?: Dave Bown looks into the background of Mr Prosser who took many photos of the Bridgwater branch in the ’50s.

– Percy Parsons: Percy, who sadly died last year at the age of 96 had a long career on the railway, starting at Edington in 1937. This time, an August peak of passenger traffic at Highbridge causes problems for the staff.

– S&D photos by Gwen Chapman: As Auntie Gwen took her young nephew Tim around the S&D in her Austin A40, she also took the opportunity to photograph the S&D – here are some of her photos.

– Centre-spread photo: No. 47506 waits at Midsomer Norton South prior to returning light engine to Radstock on the morning of 11 October 1965.

– The itinerary from the SLS Special, 6 March 1966: The first two pages from this fascinating document describing the day ahead for passengers on the Stephenson Locomotive Society Special which ran on the very last day of the S&D.

– Bath Green Park – S&D stations part 16 by David Grimwood: Having described the smallest station in the previous issue, David now moves to the largest; the 16th stop on his stations journey.

– 8 pages of Trust and general news.

Sample pages from this issue: 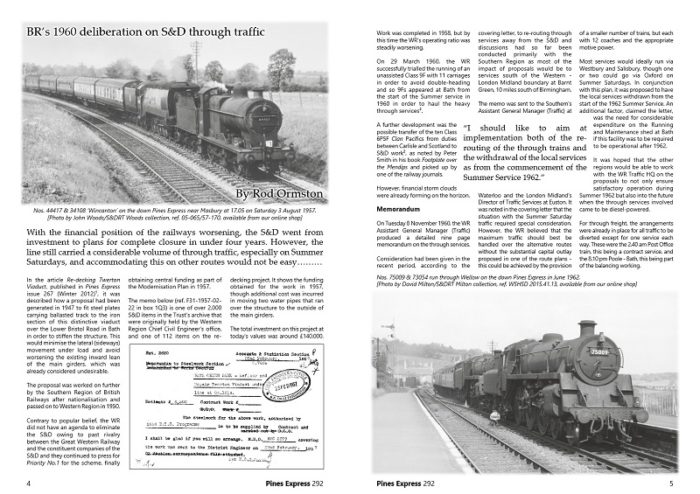 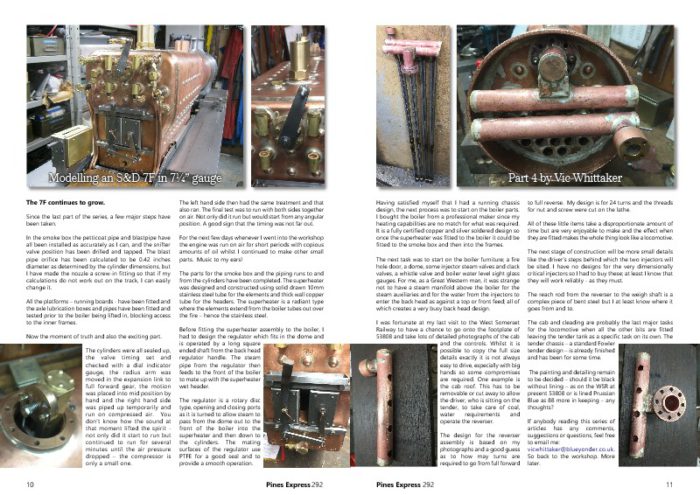 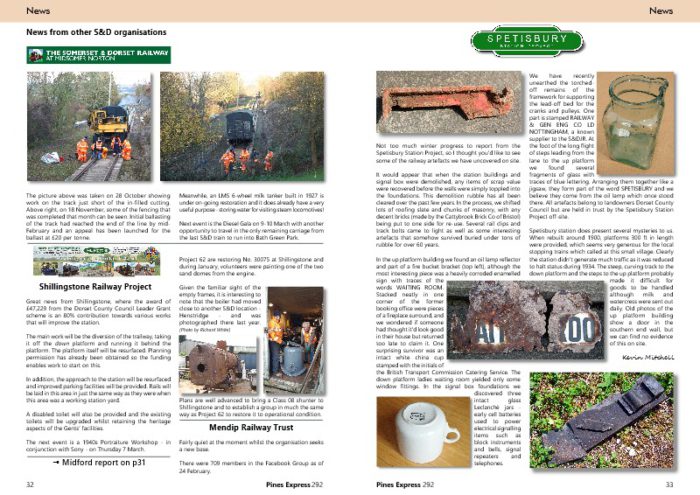